Economic and and financial news and analysis from respected observers. Because I publish it, doesn’t mean I agree with it.

Podcast Ads Are Poised for Growth

As podcasts have grown more and more popular over the past few years, it was only a matter of time before advertisers took note of the trend and jumped aboard the hype train. Offering a highly attractive target audience – young, educated, high-income –…

Over the past few years, podcasts have emerged as a new form of distributing audio content to a broad, international audience. Particularly popular among younger audiences and digital natives, podcasts are especially well-suited for long-form audio con…

Microsoft is shutting off one of the least-beloved titans of the early internet era today – at least for their most recent operating system. Windows 10 users that try to connect to the Internet Explorer desktop app will from now on be redirected to the…

The United States’ Other Mass Shootings

The Buffalo supermarket shooting, the massacre of elementary school children in Uvalde, Texas, the attack on a doctor and bystanders in Tulsa, Okla., and the workplace shooting at a Maryland concrete plant – mass shootings have dominated headlines in t…

Mapped: Which Ports are Receiving the Most Russian Fossil Fuel Shipments?

Russia’s energy exports have become a hot topic. See which ports received fossil shipments during the first 100 days of the Ukraine invasion

The post Mapped: Which Ports are Receiving the Most Russian Fossil Fuel Shipments? appeared first on Visual Capitalist.

Americans Are Banking on Chime

In 2019, an estimated seven million or five percent of U.S. households were unbanked, choosing to not open or simply not qualifying for a checking account at traditional banks. While this percentage might seem low on a country-wide scale, it is nonethe…

Bear Markets: How Deep Is Your Loss?

In response to Friday’s worse-than-expected inflation reading, which makes another drastic rate hike a foregone conclusion ahead of this week’s Fed meeting, stocks were getting hammered on Friday and Monday. The S&P 500 dropped 2.9 percent and 3.9 perc…

What Happens When the Workforce No Longer Wants to Work?

Workers are voting with their feet, and that’s difficult to control. When values and expectations change, everything else eventually changes, too.

What happens when the workforce no longer wants to work? We’re about to find out. As with all cultural sea changes, macro statistics don’t tell the full story. The sea change is better illuminated by anecdotal evidence: workers constantly quitting to take better jobs; zero loyalty to corporate employers; workers cutting hours from full-time to part-time; workers going out for lunch and never coming back; workers giving up on selling sugar-water for the rest of their lives (echoing Steve Jobs’ famous challenge to John Scully: “Do you want to sell sugared water for the rest of your life? Or do you want to come with me and change the world?”) and giving up on owning an insanely over-valued house.

Numerous articles have been published describing these cultural changes in values and expectations: here are three:

From the Great Resignation to Lying Flat, Workers Are Opting Out: In China, the U.S., Japan, and Germany, younger generations are rethinking the pursuit of wealth.

‘We are the last generation’: China’s youth rallied around a now-censored social media hashtag to rage about their disillusionment with life and disdain at draconian lockdowns

The rise of ‘bai lan’: why China’s frustrated youth are ready to ‘let it rot’

Note that this cultural shift is global. The dynamics of the global economy are similar the world over: capital has garnered most of the gains of the past generation, leaving shards for labor; the “good things in life” such as owning a house and nice vehicle have soared out of reach of all but the top 10% of households; youth were implicitly promised “good paying jobs and fulfilling careers” if they went to university, and then they graduate into a global economy of dead-end jobs and cut-throat competition for the few slots at the top of the constantly eroding sand pile.

The global lockdown revealed several great truths to many idled workers: 1) I’m wasting my life slaving away for an employer to whom I am disposable; 2) trying to own the upper-middle class lifestyle is not worth the sacrifices required, and 3) there are ways to work less and still get by, and live a better life doing so.

Once the rats are no longer interested in the rewards because they’re out of reach, they jump off the wheel.Once the tax donkeys flop down in exhaustion and ask why they’re working so hard to pay outrageous taxes and fees, they lose interest in carrying their heavy load ever again. When debt-serfs stop and calculate their chances to pay off their debt and reach upper-middle class Nirvana, they bail on the entire project.

People found they could get by on much less than they previously reckoned. Some found niches in the informal or gig economies, others secured a quasi-pension in the social-welfare system, others decided that net-net of expenses, they were better off quitting and staying home to care for the kids rather than pay thousands of dollars in higher taxes and childcare fees for the privilege of busting their derrieres on an endless treadmill.

Some people awakened to the practicality of micro-homes and small home-based enterprises. They realized they didn’t have to sign on to a lifetime of labor as tax donkeys and debt-serfs.

Employers are struggling to adapt to this cultural transition. Those demanding employees go back to the good old days are like dinosaurs expecting the meteor-strike’s effects to dissipate in a few days.

The fantasies of fully automated whatever have been revealed as unrealistic. As with all such techno-fantasies, the proponents are never experts in the field being touted as the solution. Automation has limits. Robots break down, need to be reprogrammed, and need human co-workers (so-called cobots). Enthusiasts naively believed that because something is technically possible, that it automatically becomes financially viable. This is an entirely different proposition.

How this all plays out is an open question. The Powers That Be don’t approve, for obvious reasons: who’s going to do all the work to enable our lavish lifestyles and gargantuan gains?

Workers are voting with their feet, and that’s difficult to control. When values and expectations change, everything else eventually changes, too. 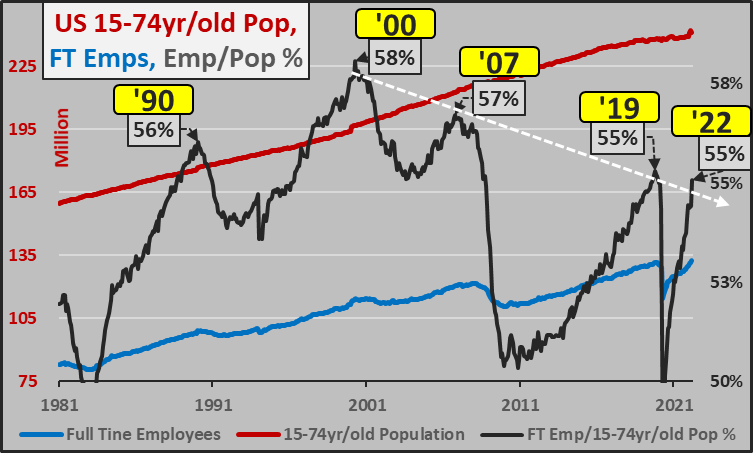 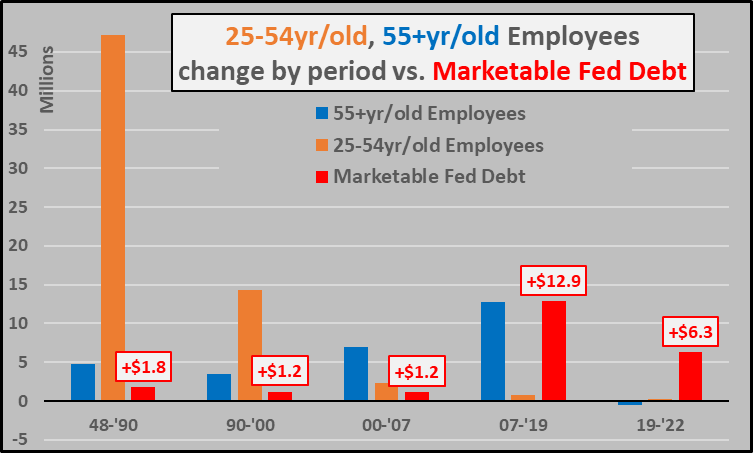 My new book is now available at a 10% discount this month:When You Can’t Go On: Burnout, Reckoning and Renewal.

If you found value in this content, please join me in seeking solutions by becoming a $1/month patron of my work via patreon.com.

Will You Be Richer or Poorer?: Profit, Power, and AI in a Traumatized World
(Kindle $5, print $10, audiobook) Read the first section for free (PDF).

The Adventures of the Consulting Philosopher: The Disappearance of Drake$1.29 Kindle, $8.95 print); read the first chapters for free (PDF)

Become a $1/month patron of my work via patreon.com.

NOTE: Contributions/subscriptions are acknowledged in the order received. Your name and email remain confidential and will not be given to any other individual, company or agency.

Go to my main site at www.oftwominds.com/blog.html
for the full posts and archives.

Despite the Fed’s most aggressive interest rate hike since 2000, consumer prices continued to surge in May, adding to fears that inflation may be out of control. According to the U.S. Bureau of Labor Statistics, the Consumer Price Index for All Urban C…

What Parking Is Costing U.S. Cities

What if the bustle of New York City streets would turn from bumper-to-bumper traffic into back-to-back parks and playgrounds? A new proposal dubbed NYC 25×25, whose supporters include the city’s new major, Eric Adams, suggests taking 25 percent of New …

Stocks Are Even More “Oversold” Versus Liquidity

The thing is, there’s no such thing as “oversold” in a bear market. OK, maybe there is, but it’s at a much lower parameter than…

I will be posting a Liquidity Trader Money Trends update later today. I’ll post the Gold Trader update on Wednesday again this week, and then…

Bulls Have Hope This Week, Bears Wary of Pump

If you believe in signs, miracles, portents, and quantum mechanics, then stock charts and trading screens are for you! Allow me to explain. Technical Trader…

The Spike Is Here, So Here’s What to Expect

We got the V bottom and spike rally that I was worried about last week. This rally has started a lot like the last two…