Overseas investors apparently were not impressed. Although here at 4:20 AM NY time, they’ve cut the loss in the fucutures in half.

END_OF_DOCUMENT_TOKEN_TO_BE_REPLACED

The overnight pullback left us on the brink.

END_OF_DOCUMENT_TOKEN_TO_BE_REPLACED

At least on Monday morning.

Let’s start with the 30 minute bars, then zoom out.

The last move up overnight as of 3:30 AM in NY looks tired and toppy. But with a 2-3 day cycle projection of 3335, there’s some prospect of a second wind.

END_OF_DOCUMENT_TOKEN_TO_BE_REPLACED

Straight from the bowels of the NY Fed.

END_OF_DOCUMENT_TOKEN_TO_BE_REPLACED

Crossing Patterns Confuse the Defense 9/25/20, was my original heading on the thread at the Stool Pigeons Wire.

Well, at least that was the case a couple of hours ago, but no longer.

END_OF_DOCUMENT_TOKEN_TO_BE_REPLACED

Monetary policy can be implemented through outright purchases or sales of securities, which permanently changes the size of the Federal Reserve’s System Open Market Account (SOMA) portfolio.

END_OF_DOCUMENT_TOKEN_TO_BE_REPLACED

Does a liquidity driven momentum market that seemingly does not care about valuations, risk, open gaps and technical extensions face any resistance at all? Are there technical limits for a market that goes up every day, every week and every month?

History teaches us that there are such limits and I’ll share a few charts to provide some context.

As it were this most recent OPEX week did what happens more often than not: Compress volatility further offering little to no 2 way price discovery exhibiting some of the most intra-day compressed price ranges ever:

The discussed repo and liquidity machine continues to relentlessly drive the market action:

As a result of the continuous one way action many individual stocks are not only historically valued, but also overbought.

These conditions have persisted for weeks, so little new on that front, but to give historic recognition its due a weekly chart of $AAPL showing a weekly 90 RSI has to be appreciated:

What’s the appropriate term here? Piling in? Buy till you die?

And yes I can’t resist but also show the same chart on a linear basis:

It is this point in time we get the FOMO treatment courtesy of Barron’s and Forbes:

The kiss of death 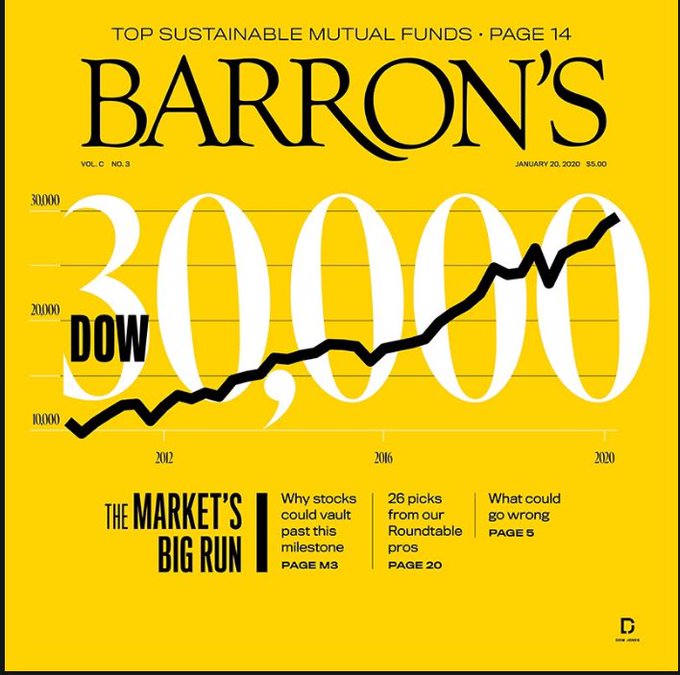 The good news is it is not too late to get fully invested in the U. S. stock market.

44 people are talking about this

Don’t be left behind, get on board. Reckless as far as I’m concerned, but nobody cares.

How do I know that nobody cares? Because demand for protection of any sort is scrapping at the bottom of the barrel.
See some of the put/call ratios:

Sometimes extreme complacency gets punished, sometimes it does not.

The faith in the Fed remains absolute, too strong is their influence on equity prices via their liquidity injections which do not appear to stop for months on end, so who’s to say when the dynamic shifts. Not until they withdraw liquidity is the conventional wisdom at the time.

Yes charts like $APPL leave little doubt that this market his very much overbought and reversion risk keeps increasing. Hence I maintain that the higher this market stretches without breathing the more dangerous it becomes.

So are there any signs of technical resistance?

Firstly recognize we have some of steepest and narrowest channels in history. One sizable down day or week and all of these patterns break to the downside with technical consequences:

$NDX is of particular interest here as the furious rally has accomplished something very interesting on Friday:

$NDX futures tagged its 4 year trend line that has proven to be resistance time and time again. And $NDX has raced toward that trend line with a weekly RSI north of 81. Ironically an RSI not unlike the one seen in January 2018 when the index also tagged that very same trend line.

To expand on the historical rhyme $NDX components above their 200MA have reached 87 exceeding even the January 2018 level:

In 2017 readings of that magnitude did not mean the end of the bull run then, but these types of readings can clearly lead to trouble.

It is then the same measure for the 50MA that is of interest:

A negative divergence versus the year end highs in 2019.  These divergences can persist, but are an early signal that something is amiss.

Another signal indicator, the $BPNDX also has reached a level historically consistent with coming reversals:

All of these speak of resistance reached on the internal front.

Indeed its the cumulative advance/decline index for the Nasdaq that sends that same message clearly:

Not only overbought, but divergent as well.

All of these readings and signals are coming in context of a yearly chart for $NDX that has precisely zero price precedence in being able to sustain such a vast extension without ending in tears:

But don’t be left behind. Just jump on board they say.

No, it’s not different this time. This cycle is exactly like the previous ones. And hence it’ll end the same way as the previous ones: With bears being mocked while bulls being reckless and greedy throwing all caution to the wind.

We may not know the outcome for a while, but in the here and now markets are approaching some notable points of resistance while demand for protection is at a historic low.