Hidden beneath the headlines was a lot of bad news.

END_OF_DOCUMENT_TOKEN_TO_BE_REPLACED

The banking index, much like the rest of the market, has been rallying furiously ever since the Fed began expanding its balance sheet on an accelerated pace since October. $BKX jumped on the liquidity train and broke above its previously well contained 2018-2019 range, except it didn’t make new all time highs yet.

What was a comfortable relationship between the 10 year ($TNX) and the banking index ($BKX) broke down in early 2019 and remains broken to this day.

Despite both yields and the banking index improving in recent months the gap remains and signals something profoundly afoot:

The yield gap remains with $TNX contained in a rising channel not confirming a resurgence of economic growth and strength the larger markets appears to want to price in.

Incidentally the same story applies to small caps with heavy exposure to financials:

So it’s not just $BKX dragging its heels.

How big is the gap in performance? It’s quite dramatic actually.

What if I told you $BKX has gone nowhere during the past month while $NDX has tagged on another 7%+ in performance?

So I have some questions: Why is the banking sector not running wild with all this artificial liquidity? Why are yields not confirming the economic growth the larger market price action wants you to believe is just around the corner? If the banking index and small caps can’t make new highs with a $400B+ balance sheet expansion by the Fed what’s that say about the underlying true strength of the economy? What does the banking sector know that the main indices don’t know? Why’s nobody talking about it?

So many questions, so few answers as of yet. But perhaps the questions themselves send a message: Mind the gap.

Because maybe, just maybe, it’s not different this time: 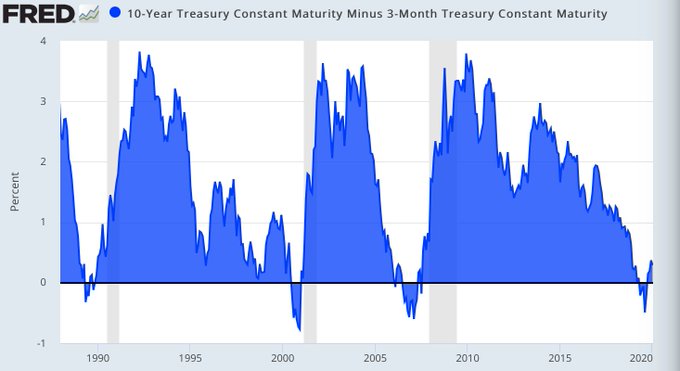 228 people are talking about this