END_OF_DOCUMENT_TOKEN_TO_BE_REPLACED

Every single dip was bought this week in anticipation of the Jay Powell speech and every technical signal was again ignored until it was too late when the triggers suddenly hit in the form of news headlines and tweets.

I’ve called it a very dangerous market and Friday’s massive reversal again accentuates this point. In April in Combustion I outlined a technical case that I said should scare bulls and bears alike and this current toxic environments confirming that view and everybody needs to stay flexible and have an open mind. Nobody can afford to be stubborn in their views.

Everyone has a trade plan until a tweet shreds their stops.

81 people are talking about this

It’s a ridiculous trading environment to be in, but nevertheless it is the environment we have. Donald Trump’s twitter account is now the biggest market price discovery mechanism on the planet and he can jerk prices around anyway he likes. I presume he’s not trading his tweets, but if he were he could make a killing. Which trader wouldn’t love to have a twitter account with which to move global markets and face no consequences?

2019 has been all about multiple expansion on hope driven by cheap money to come again in the form of rate cuts and more QE programs and hope that this now ongoing trade war would come to a positive conclusion. Well, hope dies last and Friday’s sudden escalation in tariffs from both sides leaves currently little to hope for in terms of a near term resolution. In fact one could argue it’ll get worse first:

Trade war is now in the ego phase where nobody can afford to be seen backing down or lose face.
Which means it’ll get worse.

267 people are talking about this

The larger concern is now that markets are becoming weaponized in a trade war that shows no apparent path for resolution:

China’s latest tariffs announced right before the market opens in the US on Friday are carefully designed to hit the US stock market, Mei Xinyu, an expert affiliated with China’s Commerce Ministry, tells GT. #Tradewar #ChinaUS 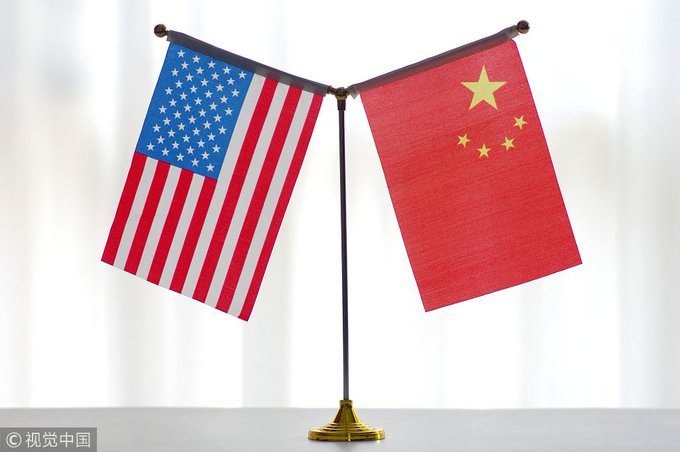 68 people are talking about this

With a global economy already suffering from a slowdown is an accelerated trade war the trigger that will nudge the globe into a global recession?

The next few days and weeks may be key in answering this critical question and I submit nobody knows the answer to this question. Investors have been ignoring trade war headlines all year. After all the administration from the president on down have been insisting trade talks are going well, even this past week.

Wars don’t end on calm. Wars end when things get ugly and one side is forced to capitulate. We’ve just entered the ugly phase and if all hope is now reliant on central banks again bailing everyone out then listen to what they are saying. What are they saying? That they alone can’t do it. They are all asking for global fiscal coordination to deal with the next recession. I’ve raised my own questions about the efficacy of future rate cuts to bring about growth. Other than knee jerk reactions what do rate cuts actually offer? I submit not much. After all financial conditions are already the loosest in 25 years, frankly it’s absurd that the Fed is cutting rates here given the historicity:

Perhaps some journalist can actually grill Jay Powell on why in the world the Fed is cutting rates w/ the loosest financial conditions in decades.
In the past the Fed raised rates during loose conditions & cut rates once conditions tightened.
Not this lot.

53 people are talking about this

And, may I ask, what growth have negative rates produced for Europe? The answer lies in the recessionary threat in Germany, Italy and the UK: Nothing.

The best hope for economies may lie in more debt spending in the form of a global fiscal response. But how is that even realistic given the current political climate everywhere. The G7 this weekend can’t even agree on issuing a joint memo. The first time in 44 years. That’s the state of affairs and I venture to say if you can’t agree to a memo you can’t agree on a complex policy response.

N0, all central banks can do is delay the inevitable and may end up making things worse in the end by expanding the asset bubble.

As it stands markets are inside a consolidation range, similar to the fall of 2018:

And the 2019 up trend remains confirmed broken:

…which leaves the larger megaphone structure in potential play:

This week I outlined the technical case for $SPX 2126 as a potential target if the global recession case unfolds. But keep in mind sentiment is now so bad that any sign of backing down by either side in the trade war could also produce a massive relief rally at any moment and hence this headline driven market environment remains dangerous for both bulls and bears.

For the latest technical rundown and explanation of charts, please see this new video: