END_OF_DOCUMENT_TOKEN_TO_BE_REPLACED

This is a syndicated repost courtesy of Confounded Interest . To view original, click here. Reposted with permission.

This is an update on key economic news relating to US/China trade and UK/EU Brexit talks. Better known as Trade Fog … or simply “The Fog.”

On the Brexit side, the UK avoided recession by posting of 0.3% in August. Unfortunately, UK industrial production tanked to -1.8% YoY signaling a slowdown for the UK economy. 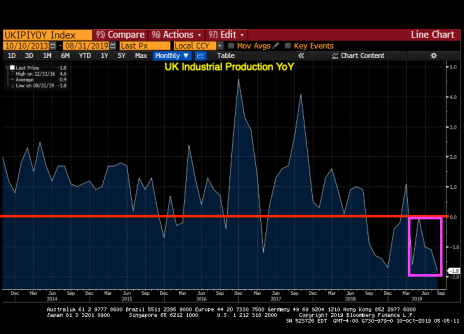 On the China/US trade arm wrestling match, China’s offshore currency is showing volatility as even the NBA is getting caught up in the trade scuffle.

The volatility surface for the CNH is quite steep.

Of course, trade fog helps assets such as gold to rise. 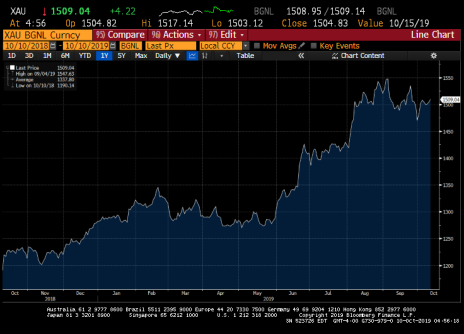 The volatility surface for gold is similar to that of the Chinese offshore currency.

Trade fog (or trade vacillation) is on the rise as seen in this chart of V2X volatility.

The V2X index is above its various historic moving averages.

As Brexit negotiation crawl along and the US meets with China or tariffs, we continue to see “The Fog” until Brexit and tariffs are finalized. Throw in Federal Reserve policy errors and we have a party!