The Fed bought $72 billion in Treasuries and $41 billion in MBS from Primary Dealers today. That’s a month’s worth of old QE in a day. They’ve been doing it every day this week. The S&P stalled. At 3:50 PM the market was down 73 points, the Dow off 700. Is that shocking? Hell yeah.…

END_OF_DOCUMENT_TOKEN_TO_BE_REPLACED

The Fed is paying the Primary Dealers $110 billion a day. It’s hard to wrap your head around that. It’s as much QE as they did in a month under the original QE programs from 2009 to 2014. It better work.

END_OF_DOCUMENT_TOKEN_TO_BE_REPLACED

The Fed bought $74 billion in Treasuries and $36 billion in MBS from Primary Dealers today. That’s a month’s worth of old QE in a day. They’ve been doing it every day this week. The S&P was up 154 points. So the Fed got about 1.4 points per billion. That’s good mileage. There’s not much…

END_OF_DOCUMENT_TOKEN_TO_BE_REPLACED

The Fed has engineered the Mother of All Bailouts. It’s even bailing out commercial real estate whores, for god’s sake. What can this possibly lead to?

END_OF_DOCUMENT_TOKEN_TO_BE_REPLACED

The Fed bought $70 billion in Treasuries and $40 billion in MBS from Primary Dealers today. That’s a month’s worth of old QE in a day. They’ve been doing it every day this week and will do it again Thursday and Friday. So $300 or so billion has bought them 300 S&P points so far…

END_OF_DOCUMENT_TOKEN_TO_BE_REPLACED

This is a syndicated repost courtesy of Confounded Interest. To view original, click here. Reposted with permission.

US housing is simply unaffordable for many households. And now the affordability crisis has seeped into the heartland.

(Bloomberg) Low mortgage rates and thriving employment should be the recipe for a strong housing market. Instead, they’re deepening America’s affordability crisis.

What began on the coasts, in areas like New York and San Francisco, is now radiating into the nation’s heartland, as well as to cities from Las Vegas to Charleston, South Carolina. Entry-level buyers are scrambling to purchase homes that are in short supply, sending values soaring.

Expectations that the Federal Reserve will reduce interest rates this week will do little to change the sober reality: For many, prices have risen much faster than incomes, pushing homeownership out of reach for a new generation of hopeful buyers. That’s cooling the market, with the 2019 spring season shaping up as the slowest for sales in five years, according to CoreLogic Inc. 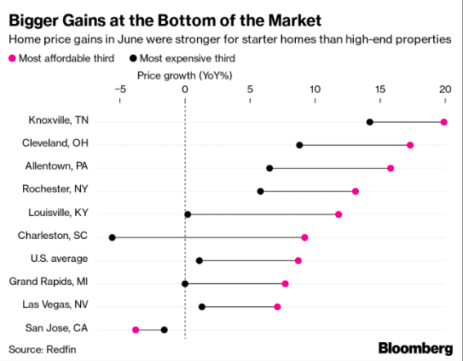 Affordable homes disappeared first in technology and financial hubs like Silicon Valley and New York, where buyers with big paychecks pushed up prices. Now values are flattening after many would-be homeowners have been forced to the sidelines. In some areas, demand has also been hit by a pullback in foreign buyers and new federal limits on property-tax deductions — as well as fears that a recession may be around the corner.

Yes, home price growth in the broader FHFA purchase-only index YoY  has been greater than US Avg Hourly Earnings Private NFP Prod&NonSup In Nom$ YoY since 2012. But. the gap is narrowing (pink box) like it did during the housing bubble (after the orange box). 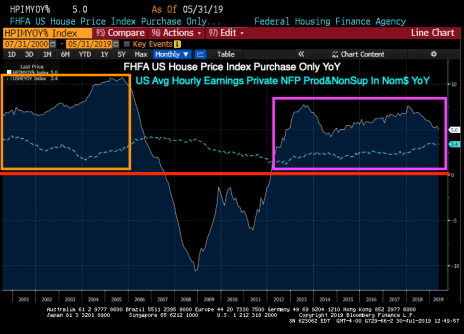 Of course, lack of new home supply can lead to rising home prices. But it is odd that The Fed’s QE, ZIRP low interest rate policies did little to increase 1-unit construction. 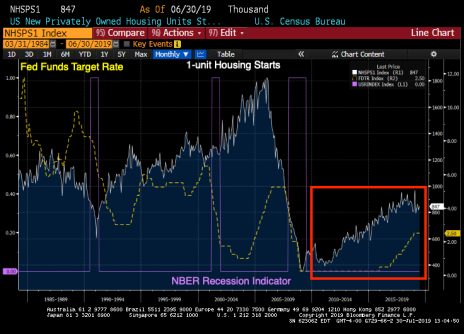 No doubt, we are addicted to gov. As in low rate policies and HUD/Fannie/Freddie stimulus.

Juris Doctor, doctor, give us the news. You have a bad case of unaffordable housing. 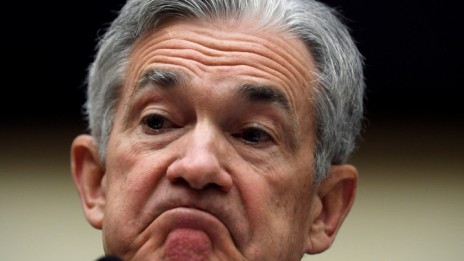