END_OF_DOCUMENT_TOKEN_TO_BE_REPLACED

The data shows that the US economy has been weakening sharply since the beginning of June. That follows May’s dead cat bounce, which Dear Leader Trump and Wall Street had all touted as recovery. Uh… no.

END_OF_DOCUMENT_TOKEN_TO_BE_REPLACED

The big news this morning was a 17.7% jump in the headline number for retail sales. LOL Enjoy the rally, everyone. The stock market rally that is.

END_OF_DOCUMENT_TOKEN_TO_BE_REPLACED

The COVID 19 pandemic is, predictably, worsening again in much of the US. Only the Northeast, and to a lesser extent some Midwestern states, have been consistently improving. And that trend could also reverse as those states fully reopen. This post is excerpted from Long Live the Dead Cat Bounce – It’s Dead. Get this report…

END_OF_DOCUMENT_TOKEN_TO_BE_REPLACED

This is a syndicated repost courtesy of The Felder Report. To view original, click here. Reposted with permission.

“Insanity: doing the same thing over and over again and expecting different results.” -Albert Einstein

Central banks are doing everything in their power to try to boost their weak economies right now. The amount of global QE is staggering and totally unprecedented. 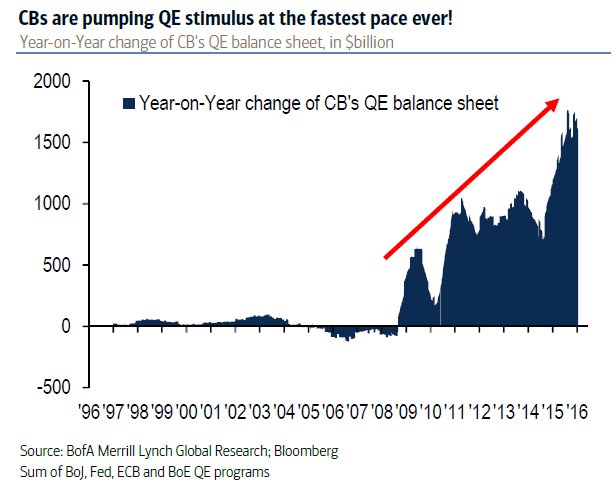 Financial markets have certainly responded well in recent years but these extraordinary policies haven’t had anywhere near the intended effect on the global economy. Why is that?

An Economic Mystery: Why Are Men Leaving The Workforce?

Millions of men in their prime working years have dropped out since the 1960s — they aren’t working or even looking for a job. Factors including technology, education and family reasons play a role.

Jeff Snider makes a compelling case by explaining, “There is no money in monetary policy. The ‘clogged transmission channel’ isn’t clogged at all, it just doesn’t exist.” In short, so called “shadow banking” has taken effective control of the global monetary system while central banks have remained wed to outdated frameworks. 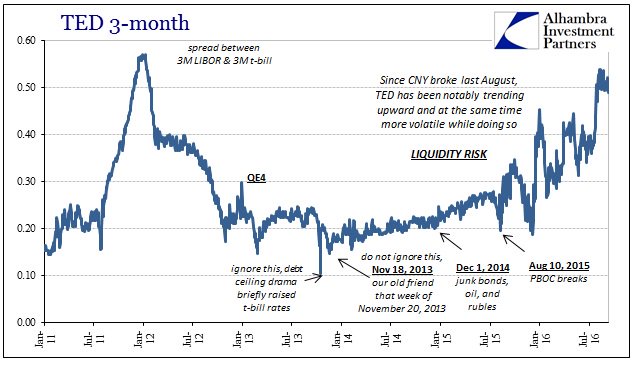 Then again, it could just be that central banks’ ability to inspire greater and greater debt creation has simply reached its limit.

‘Once you reach the end of the debt super-cycle monetary policy is essentially pushing on a string.’ http://www.cnbc.com/2016/09/13/bridgewaters-dalio-theres-a-dangerous-situation-in-the-debt-market-now.html …

The debt market is in a “dangerous situation” as central banks around the world lose their ability to stimulate growth, the hedge fund giant says.

Consumers are now up to their eyeballs in debt… 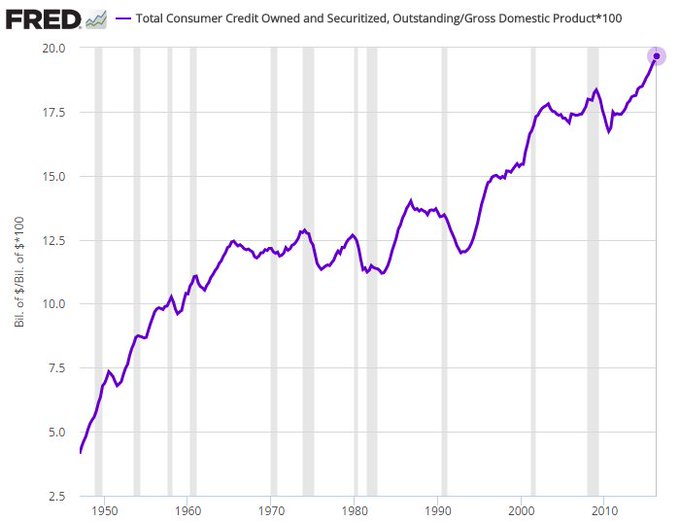 Chart: US consumer credit (excluding mortgages) as % of the GDP over the past 70 years –

Maybe they ought to start asking a very simple question before engaging in any further extreme policy: “Does it work?”

Lee Kwan Yew had a simple test to guide his actions: Does it work?

In that light, there simply is no evidence at all that extraordinary monetary policy does any good whatsoever. 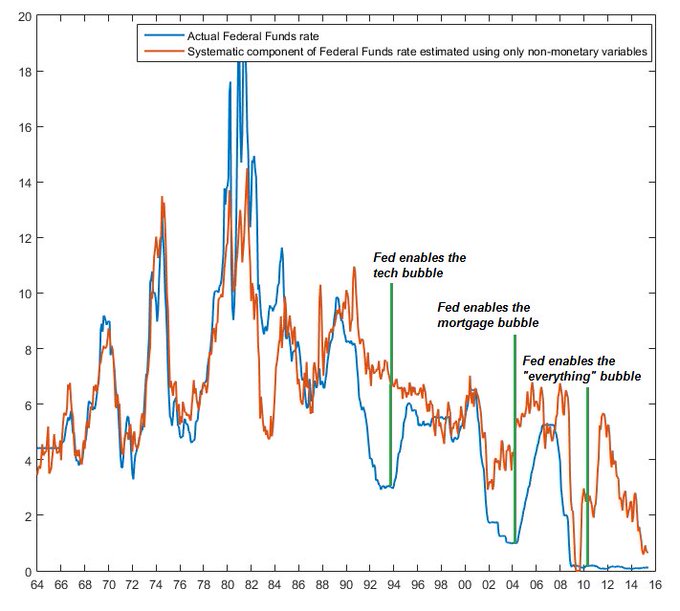 Perhaps a more important question to ask then is: ‘What are long-term consequences of explicitly boosting asset prices and debt creation in such a massive way without achieving any concomitant boost in underlying economic fundamentals?’

Investors face risks they haven’t seen before due to the aggressive actions of global central bankers, Paul Singer of Elliott Management said Tuesday.