Skip to content Menu Close
Posted in Other Guys

CASH: The Most Hated Asset Class On The Planet

This is a syndicated repost courtesy of The Felder Report. To view original, click here. Reposted with permission.

This report tells why, and what to look for in the data and the markets.  GO TO THE POST

I regularly like to ask myself, “what the most hated asset class on the planet?” simply because what is most hated usually presents the greatest opportunity. For example, this time last year I answered this question by writing It’s time to get greedy in the gold market. This year gold, and more specifically the gold mining shares, have been one of the best performing asset classes on the planet.

I still like gold but it can’t be said that it’s the most hated asset class anymore. Sentiment has followed prices higher as it always does.

Today, cash has now become the most hated asset class on the planet. What makes me say this? Well, investors are willing to accept negative returns on many asset classes right now rather than hold cash. This is totally irrational.

The most obvious example of this is negative interest rates on many bonds around the world. Last I read the nominal value of these has reached $16 trillion. And now even corporations are selling short-term debt at negative yields.

It’s not just overseas. Investors here at home are willing to buy long-term bonds at negative real yields for the first time in a very long time. 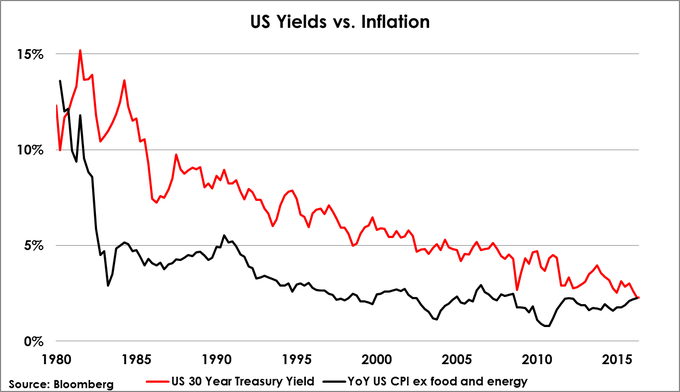 For the first time in 30 years the US 30-year Treasury yield has traded below inflation: http://otterwoodcapital.com/blog/bond-market-distortion-us-30-year-bond-yield-falls-below-inflation/ …

In corporate bonds the math is even worse. Junk bond ETFs now yield about 5.5% while default rates are climbing and expected to hit that mark very soon. At the same time recovery rates are already hitting record lows. Now take that adjusted return and compare it to core inflation. Good luck to buyers there. 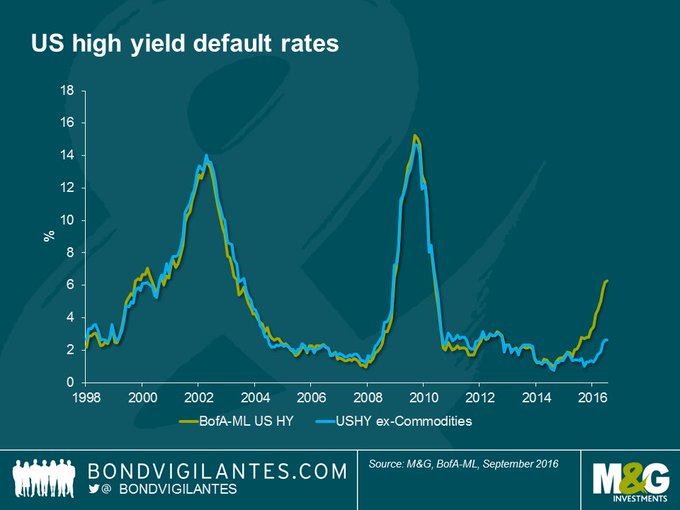 Finally, because bond yields in both treasury and corporate securities have become so unattractive investors have fled into what they believe to be “bond alternatives.” No matter how much they hope to attain bond-like returns here, these stocks are not bonds. This epic “reach for yield” will end no differently than any other episode we have seen throughout history.

Flows into “ZIRP assets” via BofA

Just how much are investors overpaying for “stable income” in the stocks? More than ever before. And if “the price you pay determines your rate of return,” then investors here are essentially locking in the worst returns ever recorded for the sector. 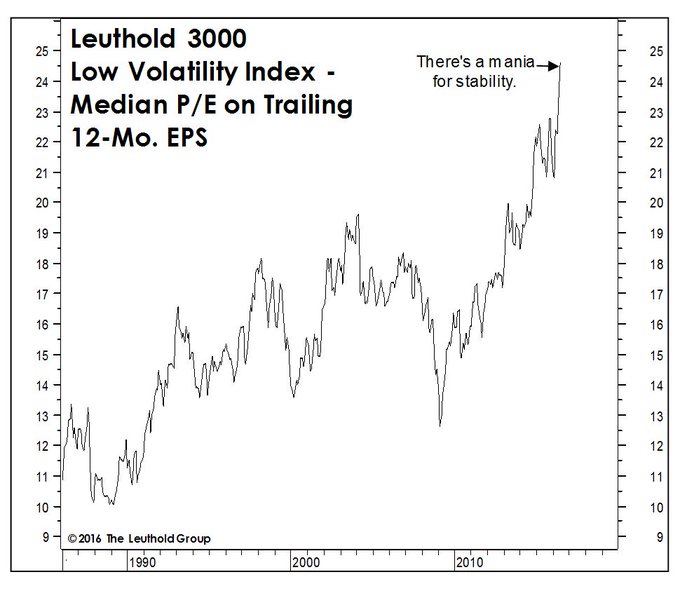 All of this is indicative of just how desperate investors have become to abandon cash for anything with any sort of perceived yield. But the hate for cash goes beyond investors. Influential economists are now starting to bash cash like never before.

The Sinister Side of Cash

Paper money fuels corruption, terrorism, tax evasion and illegal immigration—so the U.S. should get rid of the $100 bill and other large notes

In stark contrast to both economists and investors, it certainly seems the greatest investor of all time sees plenty of value in ‘greedily’ accumulating cash as others become so ‘fearful’ of it.

The popular aversion to cash disregards exactly what makes it so valuable today: it’s optionality. As Buffett’s biographer, Alice Schroeder, revealed a few years ago,

“He thinks of cash differently than conventional investors,” Ms. Schroeder says. “This is one of the most important things I learned from him: the optionality of cash. He thinks of cash as a call option with no expiration date, an option on every asset class, with no strike price.” It is a pretty fundamental insight. Because once an investor looks at cash as an option – in essence, the price of being able to scoop up a bargain when it becomes available – it is less tempting to be bothered by the fact that in the short term, it earns almost nothing.

I imagine Jim Rogers must have been considering all of this when he recently spoke with RealVision.

“The main lesson of history is nobody learns the lessons of history.” -Jim Rogers via @RealVisionTV

“It’s so hated that we probably all should own nothing but cash.” -Jim Rogers via @RealVisionTV

The bottom line is this: once everyone believes “cash is trash” we are likely already moving toward the time when cash will once again “king.”

Where Cyclists Are Going Places

Japan Trails in Vaccination Race as the Olympics Loom

The balance between QE and Treasury supply will begin to shift in July. The underlying bid it has provided for stocks and Treasuries will begin…

That Got Ugly Fast

Cycles are topping out. That includes the big ones.

Existing picks, all longs, held up pretty well in last week’s selling. 3 of them dipped below their stops, with gains in two of the three. The newest pick, XXXX (subscribers), added last Monday, did surprisingly well.  This week, I’m adding one long and three shorts.

Bond Market Has Mitigated Some of the Risk, But Don’t Go To Sleep

In Part 1 of this report, I covered dealer positions, financing, and hedging.  Dealers have mitigated a significant amount of risk by selling paper to…