This is a syndicated repost published with the permission of The Felder Report. To view original, click here. Opinions herein are not those of the Wall Street Examiner or Lee Adler. Reposting does not imply endorsement. The information presented is for educational or entertainment purposes and is not individual investment advice.

It’s hard to take the Fed at their word and believe they are truly “data-dependent.” The data has made the case for a normalization of interest rate policy for a very long time now.

If it’s not the data that relates to their dual mandate, then what is the Fed really watching?

Over the past eight years, they have aggressively tried to boost the prices of financial assets in an explicit effort to make those who own them feel better and spend more thus boosting the economy via a “wealth effect.” We can argue how effective this policy has been in its ultimate goal of boosting the economy but we can’t argue this has been the clear intent of recent Fed policy. Nor can we argue the efficacy of its immediate goal of boosting asset prices.

And when the central bank is entirely focused on creating a wealth effect, we might want to stop and try to assess how well its working. Because if all of our economic hopes are pinned on asset prices and they begin to reverse the consequences of an unwinding of this process could be dramatic.

I’ve recently tracked some anecdotal (and some not so anecdotal) evidence of a reversal in the wealth effect. The high-end market for art has been one showing signs of weakness.

“Bombing” art sales is probably not something the Fed would like to hear right now.

Rough night 4 @Sothebys, pictures bombing all over. “Sellers want prices from 6 mos ago, but this is a new mkt,” says dealerVincent Matthu.

The ultra-high end segment of the real estate market also suggests the ultra-wealthy are pulling in their horns.

A Worrisome Pileup of $100 Million Homes

Our two largest geographic wealth centers in America, Silicon Valley and Wall Street, are both showing signs of peaking. In the Bay Area, venture capital activity is rapidly eroding. 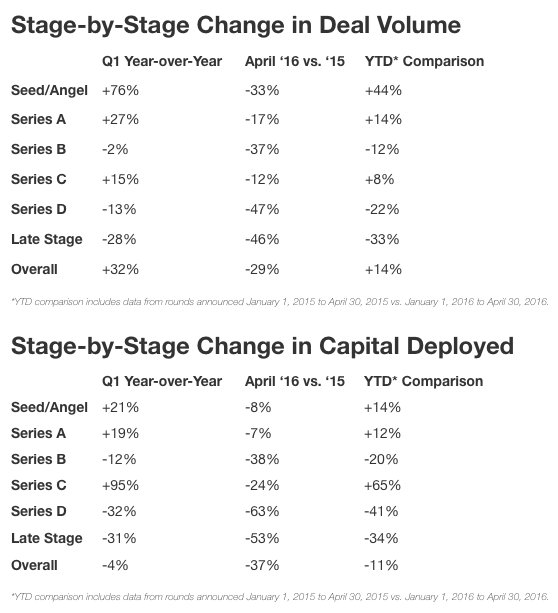 I guess this comes as no surprise to Silicon Valley insiders.

As a result, weakness in high-end real estate is beginning to show up in the region.

On the other coast, they rely on another sort of dealmaking, which is showing its own signs of rapid erosion.

Wall Street’s Dealmaking Goes From Boom to Bust in a Few Months http://www.bloomberg.com/news/articles/2016-05-12/wall-street-s-dealmaking-goes-from-boom-to-bust-in-a-few-months …

As a result, the high-end condo boom there is now turning to bust. 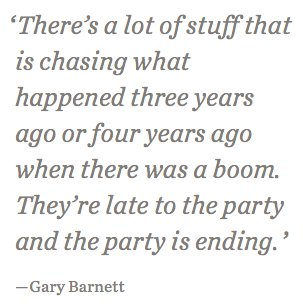 All of this begs the question, if real estate is now turning down again how bad could the bust really be? Considering this has been the second-greatest real estate bubble in at least 40 years, I’d say it could be quite bad.

But what’s really most worrisome is that it’s not just real estate; it’s the startup/venture capital bubble, private equity valuations, soaring prices of fine art and other collectibles and last, but not least, another stock market bubble.

Through their aggressive and unconventional policies, the Fed has arguably now tied our economic fortunes to financial assets like stocks more than ever before and just as these markets all collectively offer more risk than ever before. 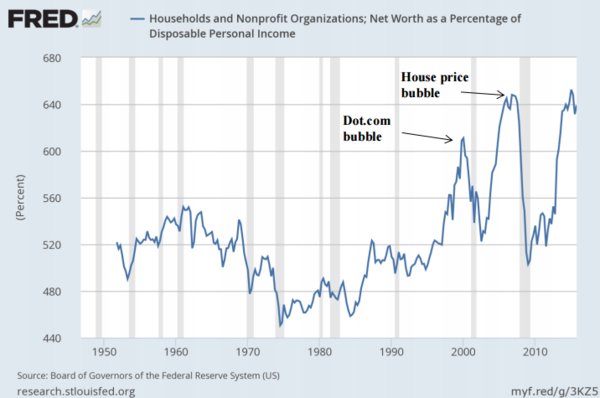 33-Year Fed Veteran: ‘The Everything Bubble’ Is About To Bursthttps://www.thefelderreport.com/2016/05/13/33-year-fed-veteran-the-everything-bubble-is-about-to-burst/ …

It’s for this very reason, the Fed is more fearful than ever of a new bear market in risk assets that could result in an unwinding of the wealth effect they printed so much money to create in the first place. It’s also why Janet Yellen continues to ignore the data and watch every tick in the Dow Jones Industrial Average like a hawk (dove?).

Nothing Has Happened Yet

Useless Banking Indicators Except for One Giant Red Flag

I started to wonder how the banking indicators were looking lately. I’ve looked at the charts this morning. In updating this for you, I’ve again attempted to minimize the verbiage here. The charts are bad enough.